There’s a lot of things to love about learning to sing in a choir. Of course, there’s the sense of community. Obviously, you learn to sing, and sure, you get time with a teacher who can offer constant feedback and support but one thing we don’t talk about enough is the setting of goals.

Goals are super important when learning any new talent. It’s a clear way of measuring progress but what do you consider a goal? For some, it’s nailing a certain song but for a lot of people, it’s performing live. Most of us who want to sing want to share that gift with others, but it’s probably a bit too much to travel around singing at individual people.

Fortunately, there is another way. As part of the yearly cycle of Bigmouth Chorus and en Choir, we get the opportunity to show off what we’ve learned at an annual concert. It’s a massive deal, a full house of friends, family and public eager to hear the well-honed instrument the choir has become.

This year, Bigmouth Chorus and en Choir take the stage at a pair of gigs, offering mutual support to each other, with a catalogue of songs including Guns ‘N’ Roses, The Bangles, U2, Queen and Simon & Garfunkel.

Then make your way to Whitstable on Saturday 20th June St Alphege Church (opposite Whitstable Playhouse) for en Choir, with Bigmouth.

Tickets are £8/£6 with children under 12 admitted free! Tickets are available in advance from We Got Tickets, from Three Graces gift shop (The Broadway, Broadstairs) and on the door, subject to availability.

This is it ladies and gents! The final week leading to our annual concert next Saturday 21 July.  We are also featuring in BIGMOUTH Chorus’ concert  on Friday 20 July too! Tickets for both events are available online here and on the door (subject to availability). Come on down for a fun, feel good evening or contact us with any queries – see you all there!

Yes ladles and gentlespoons, it is that time of year again! Hard copy tickets have officially gone on sale! If you know a member of the choir, ask them to grab your tickets at a rehearsal or contact the choir administrator, Elli to purchase tickets. They are also available on WeGotTickets. Have you been thinking of joining enChoir but not sure, or think it is too late for this choir year? Come and have a listen at this year’s concert and see if you enjoy yourself or contact us with any queries.

A concert update this week; with choir leader, Emily Peasgood returned from installing her latest work, Requiem for Crossbones, the choir was buzzing with excitement for our final term of the choir year. To add to the excitement, posters and hard copy tickets have been ordered and are on the way so be sure to keep your eyes peeled – there may be a poster going up near you! Sound like a choir you’d like to try? Pop down for a free trial rehearsal or contacts us with any queries.

Fear not, dear friends, we have not deserted you! We will be back this upcoming week to sing and learn and develop together after our short half term break. This term brings us into the final countdown to our annual concert! Tickets are already available online here and hard copies will be on sale soon – we’ll see you all there!

Hello all! We wanted to update you on some key developments in our concert preparations – just to make you even more excited! We’ve started inviting members of the choir to try out singing solos to see if they’d like to in the concert – these will be decided for certain at the start of June so they can be perfected. We only have one song left to start, all others are already in progress or learnt so we’re very close to ready on the musical side. Finally, tickets and posters are in the process of being designed for this year’s concert; tickets are already for sale online and hard sales will be available from June. All is on the way to completion and we hope to see you all there on Saturday 21st July! 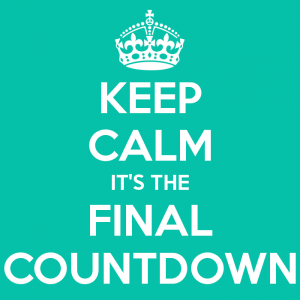 This is it! One and we will be hosting the most festive event of the year! We are all super excited to be part of the en Choir Christmas Concert 2017, particularly as this year we will be gaily singing our jolly collection of seasonal tunes in addition to showing off some of the hits we have learnt so far this year; so come on down on Wednesday 20th December at 7:30pm for fun, laughs and musical merriment or contact us with any queries.

As the weather turns chilly we are filling our lungs with crisp night air to ensure we give the best we’ve got at our Christmas Concert. Preparations are in full swing – especially as one of our choir members has kindly offered to make us a lovely warm batch of Mulled Wine for the occasion! If I wasn’t already excited about this event, I certainly am now, and I hope you are too, just make sure you bring a plus one to drive you home! Fancy joining us for this fun and merriment? Come on down to a free trial rehearsal or contact us with any queries. 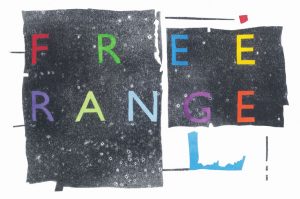 …or should I say Singers and Bell Ringers! Some of us are involved in an event in Canterbury. Organised by our wonderful leader and animateur, Emily Peasgood, the event is being run by Free Range who say, “Featuring specially commissioned pieces and interventions from the Seasalter Singers, the Bedford Handbell Ensemble, Henry Dagg’s virtuoso musical sawing and an interactive performance involving sweets from composer Jason Hodgson, this evening promises to be one of Canterbury’s finest Christmas-themed experimental music events. Prepare to be entertained, surprised, regaled and served… and be there with bells on.” So we are packing our bells and hope to see you there on Thursday 14th December at 7:30pm!

No, not until Christmas Day! There’s 42 days until the most festive party of them all! That’s right, we are in full preparation for our Friends and Family Concert to be held on 20th December. We like to show off a little to our close ones to show them what we’ve been working on so far this year as well as raise the Christmas spirit with a few festive classics such as ‘Fairytale of New York‘ and ‘Carol of the Bells‘ plus much more. Sound good? Come down for a free trial rehearsal on Wednesday evenings at 7:30 or contact us with any queries; all we ask is enthusiasm and there are strictly no auditions!